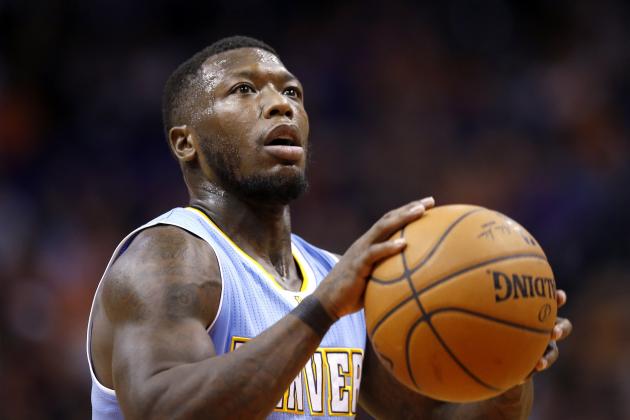 Bleacher Report: Your last game in Israel was crazy. Riots in the stands, rival fans cursing and spitting. You also flipped the finger. Had you ever experienced such a hostile environment before?

Nate Robinson: Fans in America are too swag. They're chill. They want to enjoy the show, but out here, the show is the fans. I love it. It's trash talk. It's crazy. One fan yelled out he wanted to kill me. "F you, Nate Robinson. I kill you, Nate Robinson." I said, "What happened to kicking my ass first?" But he went straight to kill. It's ridiculous. Spitting on people is a whole 'nother thing. That's degrading. I was telling my teammates that when I played football, we went to Oregon, and they were spitting on us, calling us names and all that. When we won the Apple Cup against Washington State, they did the same thing but also threw beer bottles on the field. But fans say the craziest things, but it's cool. We have the best fans in the world.

B/R: Are you rooting for a team to win the NBA championship? Perhaps one you've played for: OKC, Boston, Golden State Warriors, Los Angeles Clippers?

NR: I want Boston to go all the way because Isaiah Thomas is my guy, and I know how hard he worked to get to where he is. Him and Avery Bradley together, hopefully they can wiggle out the East, but it'll be tough with LeBron James. Hopefully the San Antonio Spurs win it all so Tim Duncan can retire and get his Kobe Bryant day.

NR: He is The Big Fundamental. It should be Big Fundamental Day. Kids should be out there doing all the basics, shooting stuff off the backboard, dressing real proper, something casual. Tim Duncan is the classic man. They'd have to play the "Classic Man" song for him.

B/R: What doesn't the NBA understand about Nate Robinson?

NR: It's just like Allen Iverson said: I'm  doing it my way. I'm not trying to be somebody that I'm not. That is my downfall. I couldn't adapt to being somebody that I wasn't. That's the reason why I've been on different teams. I refused to be what coaches want me to be because I know I'm so much greater.

B/R: Which little guys from the NBA's past inspired you growing up?

NR: There were a lot. Allen Iverson. I used to watch Robert Pack. He was a little dude dunking on people, but he isn't that little.

B/R: Do you think of yourself as the NBA's greatest scorer ever who measured under 6 feet?

NR: I know I'm filthy. I'm one of the greatest short guys to ever play the game. It doesn't show because of how most coaches used me, but if I was a player who knew he got 25-30 minutes a game or start…please. I'd be one of the greatest. I was labeled going into the league, went to a dysfunctional team in the New York Knicks, but it was fun. I had a blast. Wouldn't change it for the world.

B/R: Who is the worst coach you've played under?

NR: Mike D’Antoni was a cool coach, but he was just a bad person. He can coach. He was just mean for no reason. He had no reason to be a certain way toward players he liked and didn't like. As a man, you would talk to somebody if you had a problem with them. You would tell them. He never told me exactly what his problem was with me. I didn't know how to change it. I'd talk to him every day, but he would ignore me. It was crazy.

B/R: In 2012, did you see early signs of the Warriors becoming the monsters they are today?

NR: Yeah, for sure. I saw that from the jump because of how hard they work and used to get after it in practice every day. They'd come in early, leave late. Everybody on that team was like that, not just one person. It was crazy.

B/R: Initial impressions of Steph? Did you think Curry had MVP potential?

NR: Of course. I watched him practice and shoot every day. It was just a matter of time for him to stay healthy and hoop. I don't think he has ever been on a team where he was structured to kick-kick. He is the man. All he does is hoop. He showed spurts of his greatness, but his ankle was hurt, and he still got buckets while he was hurt. It's good to see what he's doing now. Lots of hard work was put into it.

B/R: Who would win in a dunk-off: Nate Robinson in his prime,Zach LaVine or Aaron Gordon?

NR: It would be a close one, but, to be honest, I don't think I'd win. I know how hard it is for me do those types of dunks because I don't jump off one foot, and I'm not 6'4". But give me their height—oh man. No one will ever beat me in anything. Ever. No dunk contest. No three-point contest. I'd win it all.

The dunk contest that I'd like to see would be Aaron Gordon, Zach LaVine, Vince Carter in his prime and James White at Cincinnati when he was in his prime. That would be a sick-ass dunk contest. You can take Dominique Wilkins too, but I don't think he could do the dunks that get done today. Oh, and Gerald Green. I can't ever forget about him. But I still rock with Aaron Gordon to win it, though. I like his bounce. He has a two-foot bounce. I don't like one-foot jumpers likeLeBron James. It looks better jumping off two feet. Every time Michael Jordan jumped off two feet, it looked so much better.

B/R: You’ve been on eight teams, including the Celtics twice. Which was your favorite organization?

NR: The Bulls. Well, I'd say the Knicks just because they gave me my first opportunity, but the Bulls by far. The Knicks was fun. We got killed every night, but I got to play in the Garden and being a fan favorite because I played my ass off every game. I got to play with Jamal Crawford. I was a freshman, and he was a senior in high school.

NR: I got a couple. I don't want to leave anyone out: Carlos Boozer,Eddy Curry, Wilson Chandler, Darrell Arthur.

NR: Jimmy Butler. He was so tough to guard; I'd play him one-on-one so many times. But Allen Iverson was the toughest ever in a real game because you can't touch A.I. He was so fast, or the referees called a foul. He was so nice. He's the GOAT. I remember I hit the game-winner over him, but he had a hot 40, and I had 17. That was the biggest shot of my career. The game was magical. I was watching Stephon Marbury and A.I. go at it from the front row. I've seen it on TV so many times in Georgia Tech vs. Georgetown, but to see them in NBA action, and I was part of that? That was live.

B/R: Which team did you dream of playing for?

NR: The Sonics in Seattle. I got to play [in Seattle when I was] with the Knicks. It was unbelievable. I had to give away 100 tickets. My mom raised money to buy them. I got some tickets from the team, but [there were] so many who wanted some, my mom had to have a fundraiser to get the tickets, and we bought the children uniforms.

B/R: Will Seattle ever get another franchise? If so, should the team be called the Sonics?

NR: I hope it has a franchise again. It should be called the Sonics, for sure. Nothing should change. Keep the same colors—just swag the jerseys out. S–t, the main reason Seattle should have a team is because of the ballers it produced. Kevin Durant right now would tell you [that] if he had the chance to go to the Sonics or stay in OKC, he for sure would be in Seattle, and he wouldn't want to leave ever. Myself, Isaiah Thomas—he has f–king offense—Jamal Crawford, we could build a Seattle team that would compete in the NBA, for sure.Brandon Roy, Marvin Williams, give us Zach LaVine, Avery Bradley,Aaron Brooks, Spencer Hawes, Jon Brockman, Rodney Stuckey…we're taking all Seattle guys.

B/R: You’ve played alongside some of the NBA’s best (Kevin Garnett, KD and Russell Westbrook, Derrick Rose, Curry). Who was the one teammate you always wanted to link up with?

NR: I always wanted to play with Kobe Bryant. I used to tease him all the time. Every time I was a free agent, I was like, "What's up, bro? You got a chance to get the pit that you need. You feel me? This is your chance." S–t, Kobe could've signed me to his own personal deal. I'd sign to Kobe. I'd be the Black Mamba, for sure. He is the Michael Jordan of my era.

B/R: How would you compare the greatest championship teams to the modern era?

NR: If you put the championship Chicago Bulls team in this era, the way that team was run, they'd kill. I'm not saying they'd go 72-10, but—c'mon, bro—Michael Jordan was the mid-range king. Scottie Pippen,Horace Grant, Toni Kukoc—that team was filthy. They're fighting all the time; nobody today wants to fight. Guys are like, "OK, I'll see you after the game." Those dudes don't want to do none of that. The Bulls will always be the best. And the dope team the Detroit Pistons had in 2004—probably the two hardest and toughest teams. Portland was tough. The Shaq and Kobe Lakers. Sacramento Kings with Mike Bibby was nice.

B/R: Who's the one teammate you could see making a crossover into the NFL?

B/R: What about NFL player to NBA?

B/R: Out of the cities you’ve played in with NFL teams (New York, Boston, Oakland, Chicago, Denver, L.A., New Orleans), who would you most like to play for?

NR: Oakland Raiders. My family is in Oakland, so I'm a Raiders fan.

B/R: If your very brief NFL flirtation had worked out, what would’ve been your dream team situation?

B/R: Where would you have ended up had you pursued a football scholarship at Washington?

NR: I'd probably have a nice 10-, 11-year career somewhere. A few Super Bowls, MVPs, rings, for sure. I knew I would have to be the best football player ever like Deion Sanders. Jerry Rice is one of the best, but Deion and Bo Jackson are the best athletes ever. Sanders is the greatest. He has his own real, full-fledged rap video. They played it out here before the game during warm-ups. My first game here, I was dancing like, "Hold up. Is this my playlist?" It was one of my favorite songs, "Must Be the Money."

B/R: How many pairs of shoes do you own, and which one(s) is your favorite?

NR: I have too many. I'm saving them for my kids, passing down old vintage J's, 20 times worth their age. My son is 11 years old. His Air Jordans are as old as me. I got a couple favorites, but I just liked Jordans.

NR: Bit of both. He is Yeezy. I wore them when he was with Nike, but I can't wear Adidas. Not unless they're paying me.

B/R: If you're recruiting to Washington for either hoops or football, where's the No. 1 place you take a recruit?

B/R: Are you still in contact with the Shrek to your Donkey, Glen "Big Baby" Davis?

David Pick is a veteran pro basketball reporter covering overseas hoops and American players abroad since 2010. His work can also be found at Basketball Insiders. Follow him on Twitter at @IAmDPick. 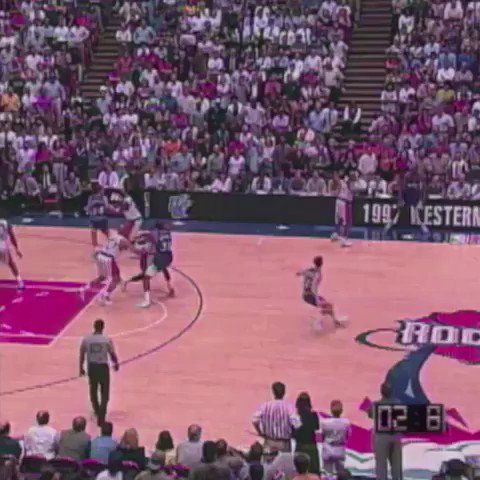 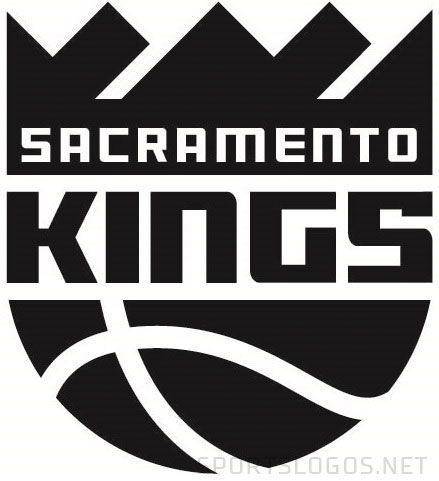 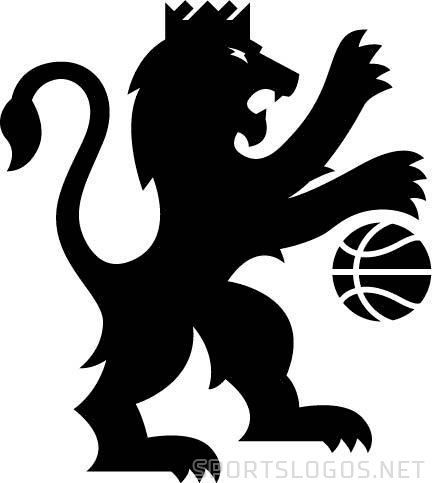 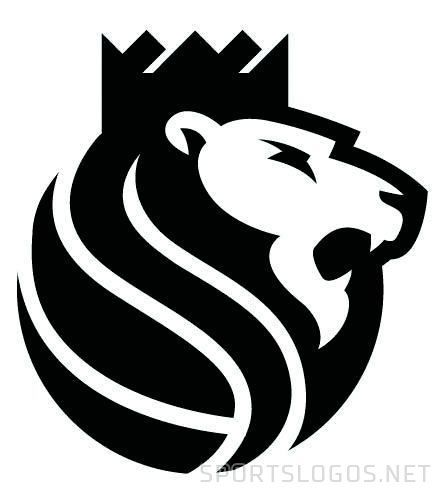 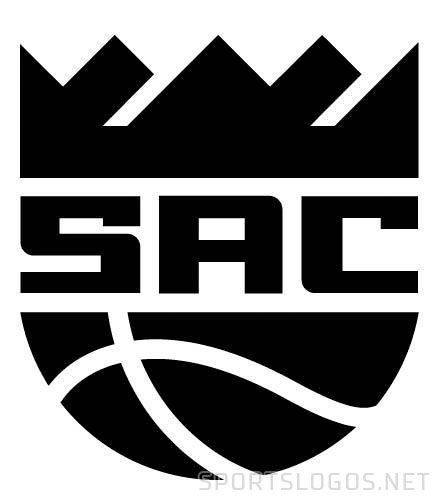