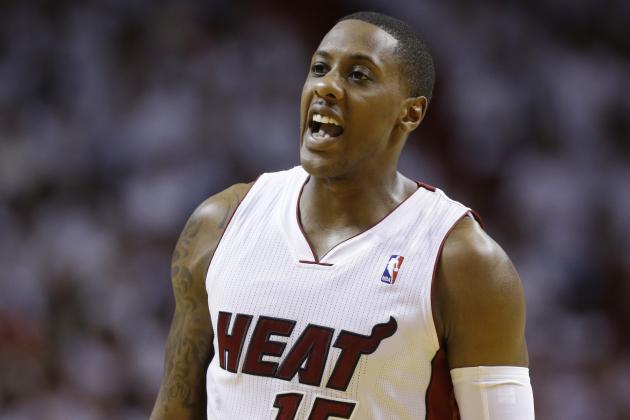 SAN ANTONIO — These are not the sort of questions anyone expected to be asked at a 21st century NBA Finals, all these questions about electrical failures, engineers and electrolytes.

Questions like the one Erik Spoelstra received followingSaturday's practice at the Spurs' practice facility, about whether his team will need to investigate the state of the AT&T's air conditioning system in the hours prior to Sunday's Game 2.

"It will be fine," Spoelstra said. "We've been assured of that."

Let's assume, for the sake of everyone's sweat glands, that it is. And let's assume that the cooling controversy cools down, even as someHeat players and staffers were still skeptical about what happened Thursday—not that anyone cut the AC intentionally, but whether the Spurs, with their halftime fans, had received more advance warning about the issues than they did.

If so, we can all turn our attention to matters that will have more impact on the series going forward.

Such as whether the Heat can fix something else, something that's been malfunctioning for a lot longer than one night: 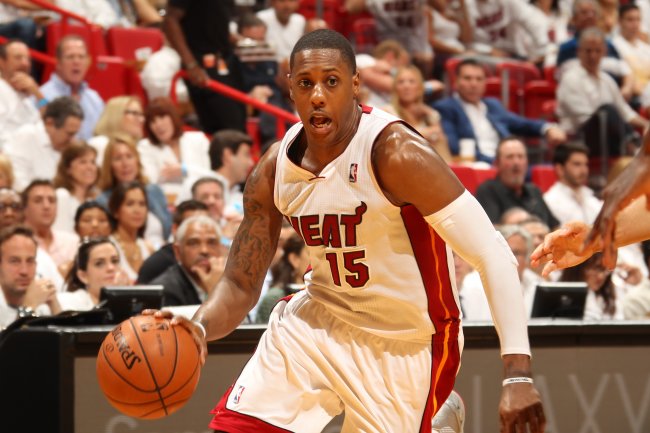 Everyone on the Heat would feel much more comfortable if hestarted working effectively again.

That starts with Chalmers himself. The point guard is known for hisoutsized, unshakable confidence, but that has shown temporary cracks at times during his six seasons in the NBA. He's always recovered eventually, and he's made critical shots in the Heat's last three postseason pushes.

But his teammates, who deem him to be more important to Miami's success than most observers typically do, have real worries this time: that he isn't compartmentalizing well enough, and allowing off-the-court concerns and perhaps even his contract status (as a free agentafter the season) to affect his play.

His minute and shot totals have been slipping backwards since the regular season; in Game 1, he recorded three points, one assist, five turnovers and five fouls in 17 minutes. He hasn't scored in double digits in the past 10 games, even while shooting reasonably well. In some games, he hasn't been as available, due to the officials orSpoelstra taking him out. 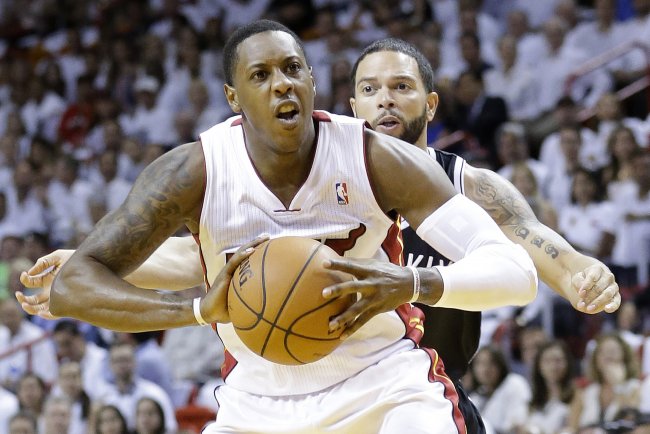 Chalmers has taken 7.7 shots per 36 minutes.

His foul rate is actually down overall from the regular season (3.1 per 36 minutes compared to 3.5), but he was frustrated by the way he was officiated Thursday. He felt that three of the five whistles were for nit-picky "touch fouls."

"I feel like I've been beaten up on one end, and as soon as I breathe on the other end, I get the foul," Chalmers said. "But it's all about adjusting to it, and figuring out how I can stay on the court."

His father Ronnie even told him to "play softer on defense" and to "be more careful" during their daily discussion on Friday.

"I just got to figure out a way," Chalmers said. "I got an old style, that's how I guard. I'm physical. I always get the foul. I'll figure it out."

After six years, Spoelstra is still much more prone to publicly dissect Chalmers' difficulties than that of any other player; the difference is striking compared to the way he spoke about Norris Cole when the backup point guard struggled for the season's final two months, attributing that largely to the unsettled rotation that led to Cole getting his shots in unfamiliar spots.

Spoelstra has never coddled Chalmers, not for a moment, but he has also shown his faith in the Kansas product by keeping him in the starting lineup whenever he's been healthy since Game 6 of the 2011 NBA Finals. 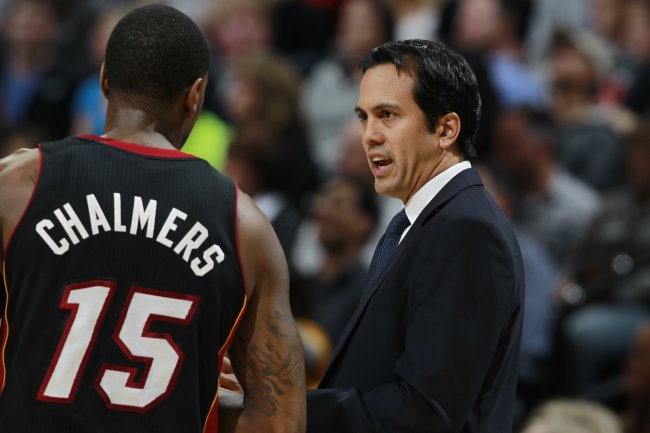 "That hurt (Thursday) night, 17 minutes," Spoelstra said. "We were managing the minutes the best that we could and getting guys in and out, played nine guys and nobody played deep minutes, but those extra 15 or 16 minutes from Rio probably would have helped. And he needs to be more attentive to technique and earlier in his thought process. Things are happening very quickly obviously at this level of competition and your preparation before the play happens is paramount. Now, Rio is very important to our success, he understands that, and I believe he will be better with the next game."

The numbers don't necessarily show that the Heat need significant scoring from Chalmers to win—as he averaged more points in lossesthan wins this season. But there's no question that the Heat feel better about their chances when he's a steady hand. When Chalmers is down, as he's been lately, he tries "to surround myself with positive thoughts."

"I watch highlights of old games, old series, just to figure out how to get my bounce back, what I can do to be aggressive," Chalmers said.

But, there's no question that his teammates have been watching him, and feel they need to do their part to lift him up.

"We tell him we need him," said Chris Bosh, who was in Chalmers' ear often Thursday, most forcefully after the point guard pressed and committed turnovers. "If he plays well, we're very difficult to beat. So he needs to play well."

So what's the advice?

"Just be yourself," Bosh said. "I think Mario tries to do too much. He doesn't have to do anything complicated with this team. I think his game is good enough. And you can tell sometimes he just gets really down on himself, and he tries too hard. I think that's the best advice someone ever told me, is that what you've done over this body of time is good enough to succeed now. So he doesn't need to change anything. We don't need him to be this amazing version of Mario Chalmers. We just need him to be Mario Chalmers and that will be good enough." 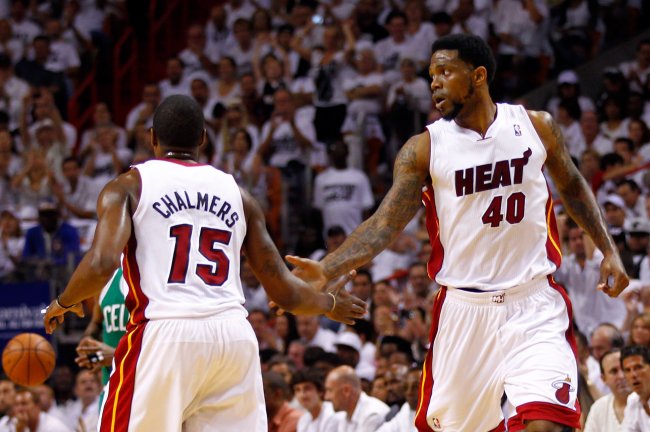 Udonis Haslem, a co-captain and Chalmers' teammates for all six seasons, has told him to "stay aggressive, stay confident, stay focused. I felt like he had a couple calls that didn't go his way. But I used to be that guy. When you're out there with the Big Three, (the officials) not going to call fouls on them, and they're going to give them every foul. So somebody has to get slighted out there, somebody has to get shorted out there."

"He'll be fine," he said. "The one thing I know about him, and I told him this, is when there's big games, he's there. No matter how much he struggles, he's clutch. His biggest strength is his confidence. He's hit a little rough patch, but we all do. All it takes is one game, and he'll be fine. He had a big game last year against Tony Parker. He can do it again. We're gonna do it one of these games to be big, I don't know which game it's gonna be, but he'll be ready."

For the Heat on Sunday, that would feel as good as a fresh blast of cold ai