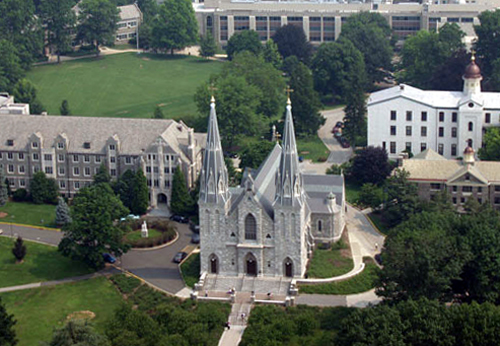 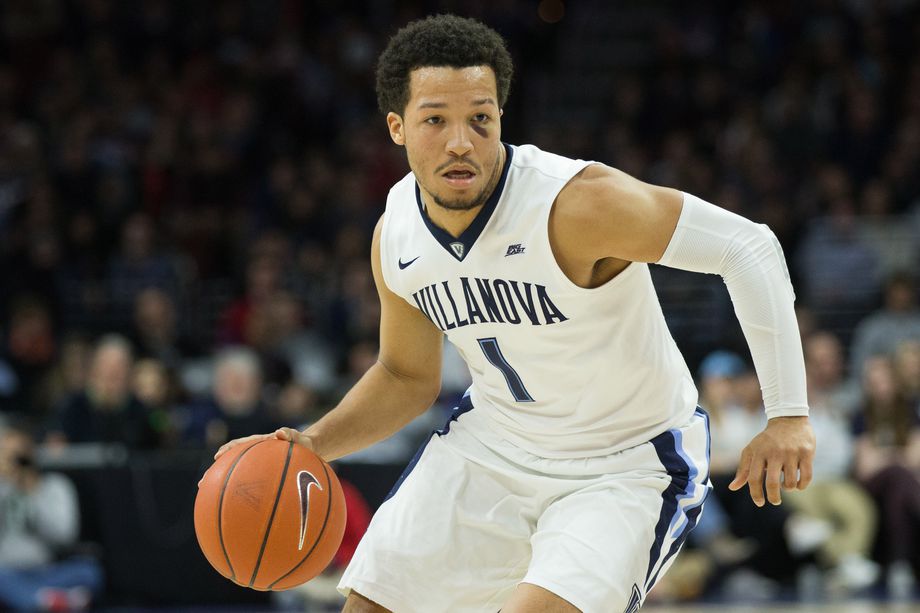 20. Duncan Robinson, Michigan. The Wolverines lowest-rated player on this list is a 39-percent 3-point shooter who has an offensive rating of 122.9 at KenPom. That's the highest of any Michigan player.

19. Ben Richardson, Loyola-Chicago. The penultimate guy on the list is coming off a career game, as he put up a season-high 23 points in Loyola's Elite Eight win over Kansas State. He also might be the Ramblers' best defender. (Really, there's a lot more college talent in this Final Four than people are giving credence to.) Read up on Richardson's longtime friendship with his teammate, Clayton Custer, via our Chip Patterson.

18. Cameron Krutwig, Loyola-Chicago. Krutrock is one of my favorite underground musical genres. The freshman big man has an old-school game and a fine ability to pass out of the post. His back-to-the-basket and passing skill sets stem in part from his idolization of Larry Bird. In this era of stretch 4s and 5s who want to get theirs from deep, it's refreshing to see a chubby 6-foot-10 center who's never attempted a 3-pointer in his college career.

17. Phil Booth, Villanova. The redshirt junior, like a few other Nova players on this list, has Final Four experience. Remember when he scored a team-high 20 points vs. UNC in the title game? Booth is a shooting guard that doesn't command the ball, which winds up working well in Villanova's scheme. He's the perfect role player because he's capable of scoring when asked but doesn't have the ego to command a touch every other time down the floor.

16. Zavier Simpson, Michigan. His stat line (7.5 points, 3.7 assists, 3.5 rebounds) doesn't tell the full story. The Wolverines' bulldog of a sophomore is the team's best overall defender. As we get closer to Saturday's games, you should hear more about Simpson vs. Clayton Custer. That could be a terrific one-on-one matchup.

15. Marques Townes, Loyola-Chicago. One of the toughest players in the Final Four field, Townes is strong like an ox, too. Keep in mind this guy played high school football for one season and that alone was good enough to earn him a scholarship offer from Penn State. Townes shoots 39.4 percent from 3-point range and 55.5 from 2-point range. He hit the 3-pointer to put Loyola over Nevada and pushed the Ramblers through to the Elite Eight.

14. Lagerald Vick, Kansas. A bit inconsistent, but one of the top three athletes in the Final Four, Vick is a better 3-point shooter than his reputation suggests (37.8 percent) and averages 12.2 points, 4.9 rebounds. He's a good defender. He's the kind of player who isn't going to star for Kansas, but without him KU doesn't get a No. 1 seed and probably isn't in the Final Four. Vick's been consistent in the tourney: he's had 13 or 14 points in every game since it started..

13. Udoka Azubuike, Kansas. Kansas has the largest human playing in the Final Four, but he's the second-lowest rated Jayhawk here in part because of his 41.3 free-throw percentage. When you're a liability with less than two minutes remaining in a game, that takes away a lot of your value. He also logs just 23.5 minutes per game and has 14 fouls the last three contests. 'Doke,' a sophomore, is a load to handle down low, but he's still growing as a player.

12. Eric Paschall, Villanova. A redshirt junior who is the strongest, most physically imposing player the Wildcats have, Paschall was a talent at Fordham, transferred to Villanova, and is coming into his own. A lot of other Wildcats get a lot of pub, but Paschall's got the guile on both ends of the floor to be a difference-maker in San Antonio and key Villanova to a national title. He also did this to Sagaba Konata, who I've dubbed the Swat Sensei. But not here:

11. Donte Ingram, Loyola-Chicago. If you're trying to keep track on which Loyola players hit which game-clinching shots, Ingram's the one who hit the most thrilling of the three. He's the team's most aggressive player, if a little inconsistent. He leads the team in rebounding (6.3) and without him, Loyola's story does not happen.

10. Muhammad-Ali Abdur-Rahkman, Michigan. A vital senior for John Beilein's team, he's the only player on the floor more than 30 minutes per game (in fact he averages 35), which tells you how important the coaching staff considers Abdur-Rahkman. If Michigan wins the national title, I can almost promise you Abdur-Rahkman will be the MVP in one of the two games in San Antonio.

9. Svi Mykhailiuk, Kansas. Marvin Bagley III was held to nine shots in Duke's regional final loss to Kansas. The guy largely responsible for that? Bill Self, of course, but also most of the credit should be handed to Mykhailiuk, who put up the kind of defensive effort no one was expecting. He's a 3-point threat, as you may already know (44.7 percent accuracy) and remains a sharpshooter from deep despite logging heavy minutes.

8. Charles Matthews, Michigan. Check this guy out — He commits to Kentucky, leaves after 2015-16 freshman season in which he attempts just 52 shots, goes to Michigan. Now he's the highest usage player for the Wolverines and is in the Final Four. That's a good career move. He's also on the path to the NBA. Matthews is a fine two-way player who needs to improve on his 3-point shooting. He's is a good athlete and reliable.

7. Malik Newman, Kansas. How can I not have the past three weeks factor into this decision? Newman was just a guy through much of the season, but he's turned into a star as of late. Like Matthews, he's on his second school. Newman didn't do much as a freshman at Mississippi State. Now he's propelled KU to its first Final Four since 2012. Newman averages 14.0 points, 4.9 rebounds, 2.1 assists and is shooting 41.5 percent from 3-point range. He's averaging 21.4 points in his last five games and has vaulted himself back onto NBA scouts' radars.

6. Omari Spellman, Villanova. He's the big man with the crane-like 3-point form — and it works. Spellman shoots 44.6 percent from beyond the arc, which is the best on Villanova. He's 6-8, by the way. And he's also got good footwork around the rim. Spellman's made massive strides this season, so much to the point that he might wind up finishing his college career this weekend in San Antonio. The redshirt freshman is averaging 10.8 points, 7.8 rebounds and 1.5 blocks.

5. Clayton Custer, Loyola-Chicago. The best player in the Missouri Valley Conference this season. Custer does a little of everything: 13.2 points, 4.2 assists, 2.2 rebounds, 1.5 steals. Like most of Loyola's players, he can get to the rim and use the tin to his advantage, often going with a reverse attack to dodge would-be shot-blockers. Custer shoots 58.4 percent from 2-point range and 46.5 on 3-pointers. He embodies the Ramblers' beautiful offensive attack.

4. Moritz Wagner, Michigan. Wagner leads the Wolverines in points (14.3) and rebounds (6.9). At 6-11, he's a matchup problem because of his offensive acumen. He can and will shoot from any spot on the floor 22 feet and in and plays with aggression and emotion that has turned Michigan into one of the best teams in the country. The Wolverines have done it with defense, so Wagner's offense has been pivotal in pushing this team through to college basketball's ultimate weekend.

3. Mikal Bridges, Villanova. A likely lottery pick, Bridges has prototypical pro length, a lean for defense and a 3-point shot that's gotten a lot better each season. Bridges shot 29.9 percent from 3-point range as a freshman. Last season he improved to 39.3 percent and now he's at 43.6, second-best among these Wildcats. His opportunities have gone up, too. Bridges took 77 3-pointers as a freshmen, 112 as a sophomore and 227 to date this season. He's a fabulous talent and ranks in the top five of KenPom's Player of the Year formula.

2. Devonte' Graham, Kansas. Graham's been a three-year starter and four-year presence for Kansas, making him one of the five greatest guards Bill Self has ever coached. He's been one of the top five guys in college hoops this season, too. Graham has oddly been better from 3-point range than on 2-pointers (40.3 percent to 38.7), but KU fans know that for most of November through February, this team was pulled by Graham — practically by his teeth at times. Nobody in the Final Four plays more minutes per game than him (37.8).

1. Jalen Brunson, Villanova. There is no debate as Brunson is my pick for national player of the year. At 19.2 points, 4.6 assists, 3.1 rebounds and a 50/40/80 guy (52.7 from the field, 41.4 from 3, 81.1 from the line), he's the best player in college basketball. What helps Brunson case is the fact he's surrounded by a lot of talent. Villanova has four of the top 12 players on this list — and then you've got Donte DiVincenzo coming off the bench. With Brunson, it's talent combined with poise combined with intelligence. Villanova is the favorite for a few reasons, but also a singular reason: him.